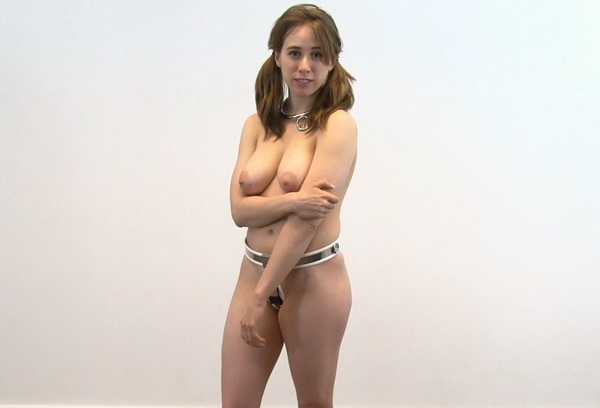 Casting Bree – contortion in chastity. Cute girl Bree is a submissive with a huge curiosity about bondage and chastity. But there’s more! She is a contortionist! And you probably already know what I was thinking! We need her to prove a point (again)! As some of you have reported, it’s been hard to introduce chastity belts in your relationships, with girlfriends and wives making up excuses why they can’t wear a belt 24/7. Of course, girls need cleaning breaks, but they can be short and supervised. There is no other reason to take off a belt, as I have tried to show on this website many times before. Horse riding, running, tennis, fitness, swimming, all sports can be done in a chastity belt. It’s just a matter of getting used to the belt. And willpower. From both the wearer and the keyholder… 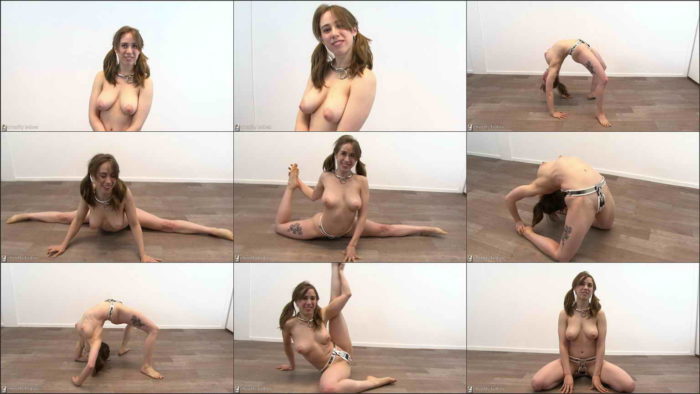 Stella Cox – boob cuffs, chaining them to her collar

Alisa in a chastity belt – getting ready