Home » General » Caroline Pierce tied up and gagged, crotch roped with her boobs out 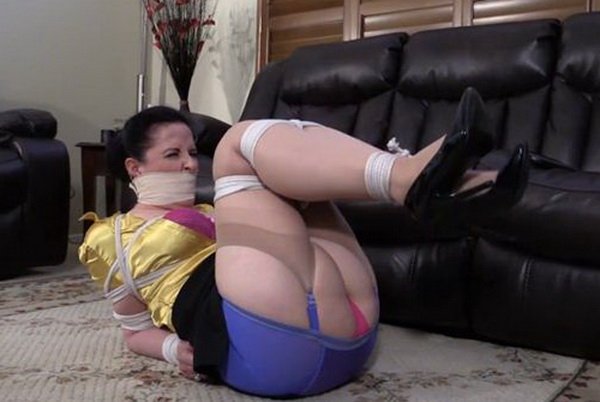 Caroline Pierce came home to find 2 young men in her house trying to steal her panties. Yes, it was some kind of adolescent prank. But she could not let them get away with it without calling one of their fathers. But when she called, his office, he was out to a meeting. After leaving a message to call her, she hung up to find one of the boys had left and was in her garage looking for something. A short time later, Caroline learned what he was looking for when she found herself tied up with rope from her garage… Bound and Gagged Sahrye, Whatever you do! Do not open that box!

Kimberly gagged, tied up, and snatched by some man

Holding the busty blond Carissa down, so I can stuff her mouth with panties

Leaving Goldie bound and gagged with her big tits out