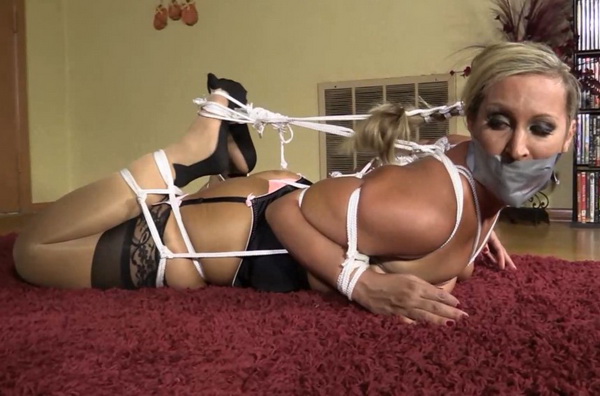 Custom the Script: Carolina plays as private detective looking to crack a case of stolen diamonds. All she needs to do is find evidence. A lead that no one knows about except Carolina takes her to a house way out in the country, She get’s to the home and in is quite and know one around. She sneaks into the house and starts snooping, but she gets caught in the act. When confronted she says she was lost and looking for directions. This leads to her being grabbed and and put against the wall to be strip searched. She is tied up and being ball gagged, You say you’ll figure out who she is and you’ll be back with more rope with a big smile on your face. She tries escaping and see’s her phone and heard it ringing so she flicks off her heels so she can try answering her phone with her feet. This fails and she moans and stamps her bound feet in defeat, Then she decides to try and crawl to the door where she’s caught at the last second. You say that was a bad idea and you’re going to teach her a lesson, You sit her down on the floor. You notice her phone and see she has a missed call and a text saying and you read it out loud “you left work early Detective Crush I hope you aren’t chasing a lead for the stolen diamonds, you know that’s a cold case” from that you know she is a undercover private detective that was looking for evidence. You un gag her and she curses at you and says “you won’t get away with this”. You have had enough of her trash talk and decide to humiliate her by stuffing your “dirty” socks in her mouth and tightly wrapping tape around her head. There she is tied in a frog tie, you comment on how cute her feet are. You take her shoes and say thanks for the present, You won’t need these where you’re going. You say you’ll have to get rid of her and you know someone that will pay money for her but you’ll have your fun with her. She moans and struggles to get free, while you play with her feet. You leave the phone by her side and mock her by saying “call your superiors” and leave her to struggle to no avail. The scene ends with her struggling to get free. 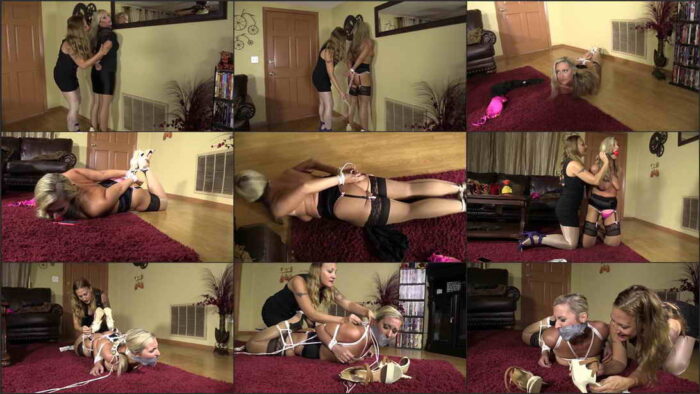