Home » Bondage M/F » Carissa Montgomery Left gagged and taped to a pole with her big tits out, gndbondage 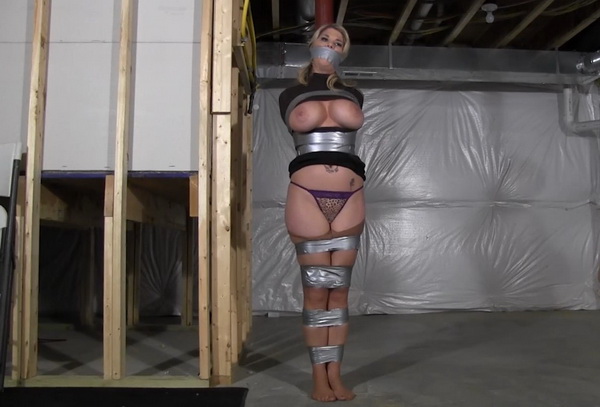 Carissa has the hots for her neighbor. She goes out of her way to flirt with him and she tries her best to get him alone. This week her husband is out of town and she comes up with a plan to get her neighbor down into her basement. After dressing up real sexy, she calls him and tells him there was a noise in her basement and she is afraid. In fact, she has done this for the past few days and each time he has come, he has not found anything. Finally, he figures what Carissa is up to and decides to teach her a lesson. He tells her that he is going to show her what could happen if someone really came into her house and what could happen if no one came to help her because they didn’t believe her, because of all the false alarms. Grabbing a roll of duct tape, he grabs Carissa and tapes her up. At first Carissa protests. But then she realizes that what he is doing to her kind of has her turned on. But once he has her completely trussed up, she finds that it is not very comfortable. Then things get really bad when he stuffs and tapes her mouth to gag her. After leaving her to struggle in , the neighbor returns to continue her lesson in reality. He stands her up and makes her hop over to a poll where he tapes her standing up. As he rips her blouse open and pulls her pantyhose down, he tells her that real bad guy would take advantage of her if he had her this way. He then leaves her to think this over. But the only thing Carissa can think about, is how much she wants her neighbor to show her exactly all the naughty things that could happen to her. 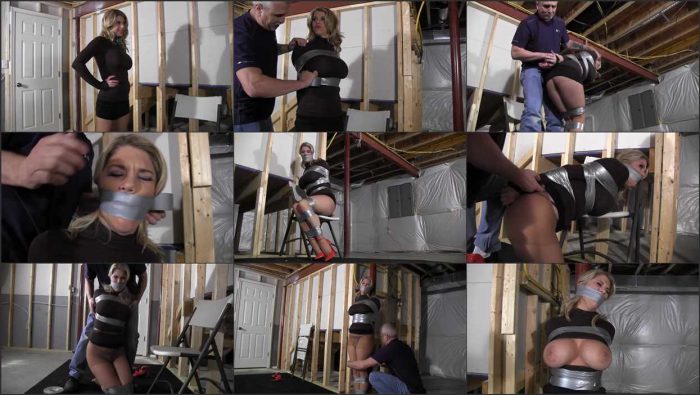 Dolce Vandela – Mom doesn’t have to know I let you tie me up! gndbondage

Goldie Blair bondage, Her husband was napping while she was getting tied up, Oldschoolbondage