Home » Bondage M/F » Carissa and Sahrye gndbondage – Tie me up! Right next to my big busted girl friend! 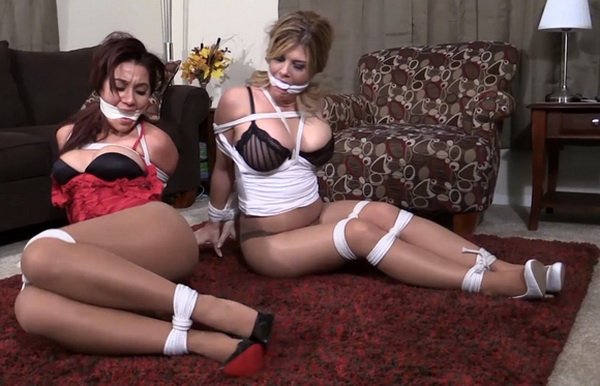 Sahrye believe she will be home alone tonight and has invited Carissa, her secret lover over for an evening of kinky girl on girl sex. She talks Carissa into letting her tie her up and both girls find themselves extremely turned on. Knowing Carissa’s moans will be getting very loud, Sahrye gags her by stuffing and tying a pair of panties in her mouth. But as the girls start to play, in walks Sahrye’s step father. When he catches the girls, Sahrye is so turned on, she wants him to tie her up right next to Carissa. The girls let him know that he can do whatever he wants to them once he has them totally helpless. Carissa looks on as step dad ties Sahrye tight and gags her by stuffing and taping panties in her mouth . The girls can hardly control themselves as they try to caress and fondle each other’s bound and gagged bodies. Somehow, they manage to get themselves semi undressed and fondle each other’s boobs. Through the gag, they try to lick and kiss each other. But they know the only way they are going to get satisfied is when step dad pulls their panties down and has his way with them. Until then, they do whatever they can to work their selves up. 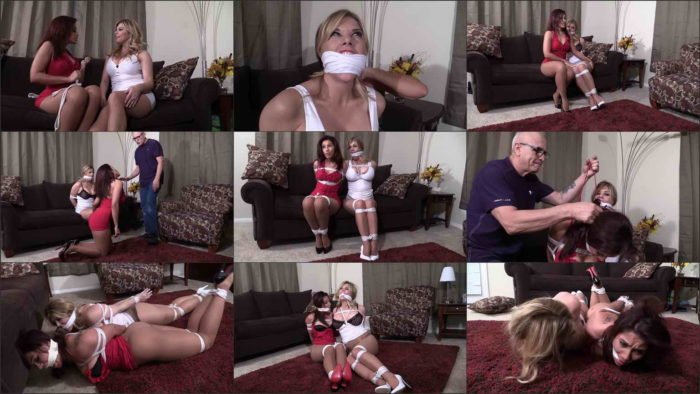 Rachel Adams, Sahrye Bound and gagged he made me watch him fuck her!