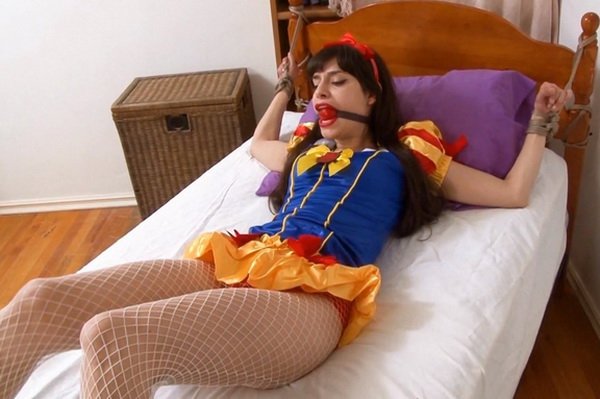 Captive Princess Carol Luna Spreadeagled. Sexy Fairytale Princess Carol Luna is being held prisoner by a malevolent prince. Once he’s revealed his true identity, the villain ballgags his gorgeous hostage. The leggy beauty strains against the ropes, unable to free herself from the spreadeagle tie. Then the evil captor hogties Princess Carol, enjoying her helpless struggles. He cruelly ties her elbows together, restricting her movement even more. Will the restrained royalty have a happy ending to her tale of woe? 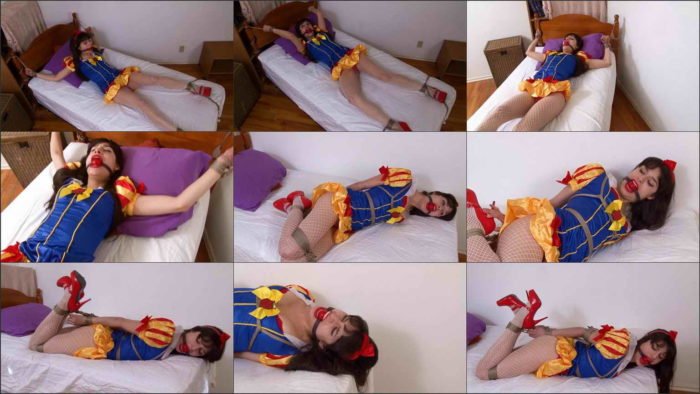