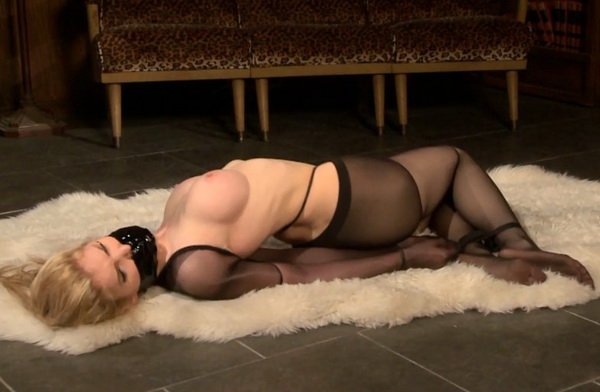 This particular set has an interesting back story to it (don’t they all?)… This was actually the last set of the day and honestly, it was sort of a completely unexpected one. We had just finished what I thought was the final set of the day, which was her secured in a blue singleglove and blue straps, and we were walking back towards the office. Candle walked into the office, took off her pantyhose, which had a run up one leg. She put both of her arms into the one leg that had a run in it and asked how exactly did one create a single glove out of a pair of pantyhose.
I sat back and wondered. I told her that I had never thought of doing it before. I had once created a singleglove out of a single stocking with Mary Jane a few years back, but that had involved straps to keep the stocking up. She removed her forearms and turned around putting her arms behind her. I guess it was time to see how it would be done. I slid one leg over her forearms and then with a lot more effort than I would have thought, got her upper arms in. The waist band was then stretched over her shoulders like the yoke on the single gloves that I have. Then I took the free leg and tied it around her upper arms, just because I thought it would look cool.
Here is the result – a really spur of the moment sort of thing… I hope you enjoy it. Candle certainly thought it was cool. 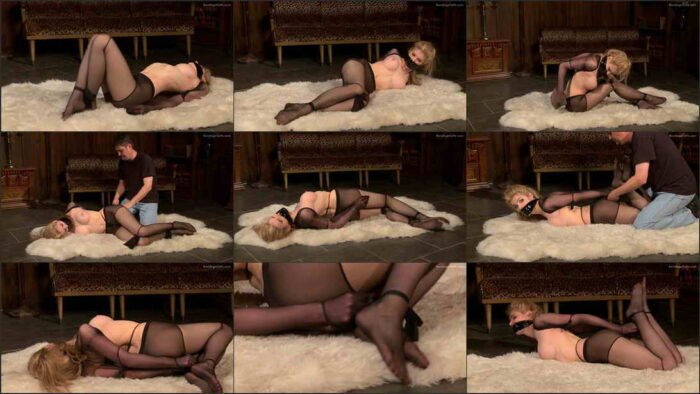