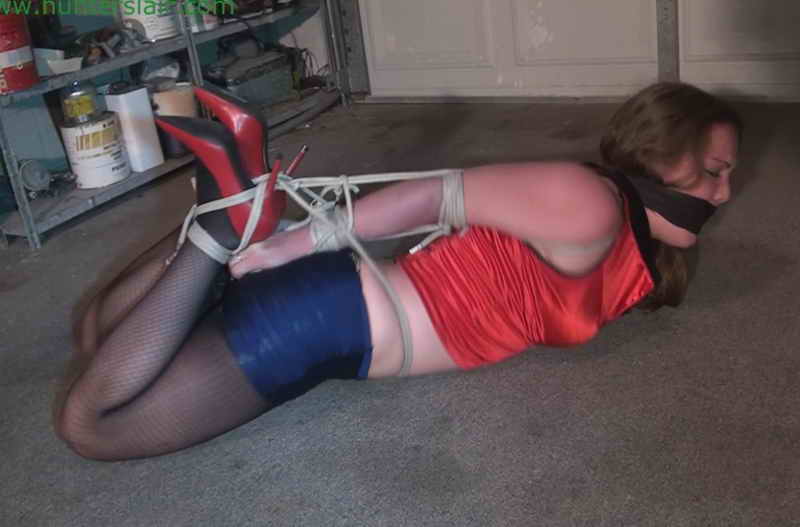 Sitting on the floor of the garage alone and scared busty Brittney pulls at the rope binding her wrists creully together behind her back. Her ankles are tied tightly together as she looks up to see a large brut comes at her wearing a set of coveralls. She begins to beg and plead but he doesn’t give her much of a chance to say anything before he stuffs a large shop rag deep into her mouth then wraps a wide piece of elastic bandage around and around her head over her mouth shoving the gag in deeper. Once she is tightly gagged he grabs more ropes and pulls her elbows together behind her back. Brittney moans in pain into her gag as she feels her elbows push up against each other. He then wraps ropes around her elbows and she can feel the ropes bite deep into the soft flesh above her elbows as he ties them brutally tight. She helplessly watches as he ties a rope around her thin waist then pulls the end of the rope down between her legs. The rope is pulled up tight between her legs itself into her panty covered ass and pussy. The thin material of her satin panties does little to protect her sensitive crotch rope the hard bitting ropes. He gets up and leaves her helplessly squirming on the floor only to return with more ropes. He pushs poor Brittney over onto her belly and hogties her on the floor attaching her elbows crushing her heels up against her bound hands. He leaves her alone and now totally helpless squirming on the floor. Brittney sobs and cries into her gag not knowing what he has in store for her next. 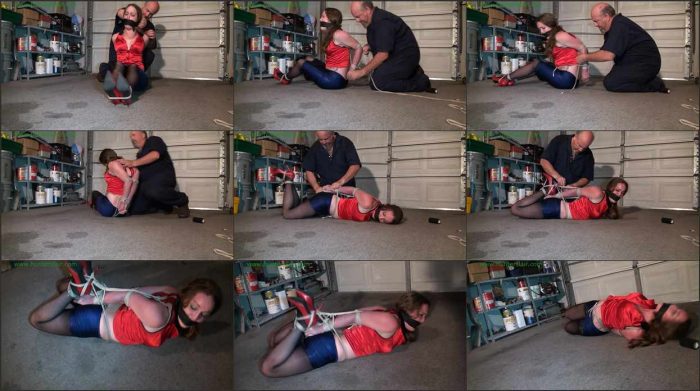 Bambi – Surprised at home she tried to escape & ended up brutally hogtied, jimhunterslair