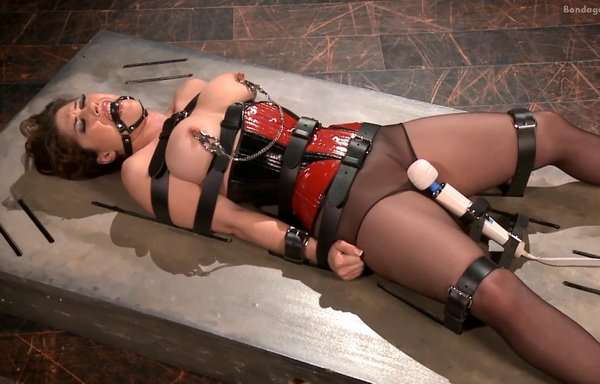 Kymberly came by last week to shoot a bit of bondage fun. It was late in the day and she asked if we could do one of those “Hitachi Magic Wand scenes”. Yeah, I can’t really make this stuff up- well, I could, but then everyone wouldn’t believe half the stuff, so I have always made it a sort of goal to be honest here. Anyway, this wasn’t a hard decision to make. The basic deal is that although Kymberly has one of these vibrators, she doesn’t use it much – and when she has in the past, it has been one of those one and done sort of deals. She really had no idea what was coming. First, I strapped her down and made sure she could get away. Hell, I made sure she couldn’t move (very tight straps). Then I positioned the vibrator just right (and actually this can be tricky, but in this case, it worked perfectly) so that it hit the right spot and she couldn’t get away from it regardless of how much she struggled. Then I turned it on and let it run.
You will see the video and understand that she really had no conception of what this sort of bondage is all about – welcome to the Cafe I say! She didn’t really know how many times she came, but I think it was four or five – which for a girl that is a one and done sort of gal, well, it is a bit of a mind blower… enjoy. 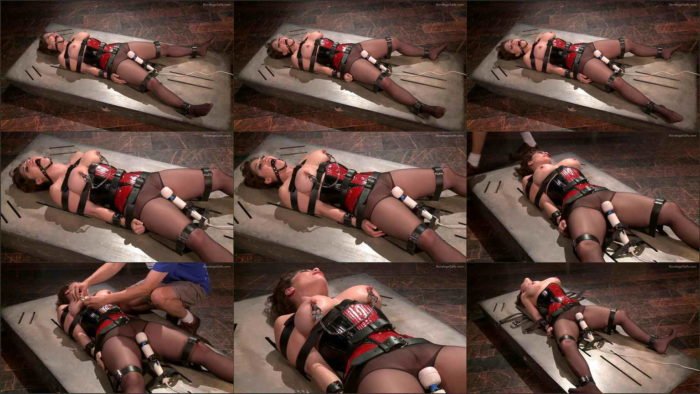