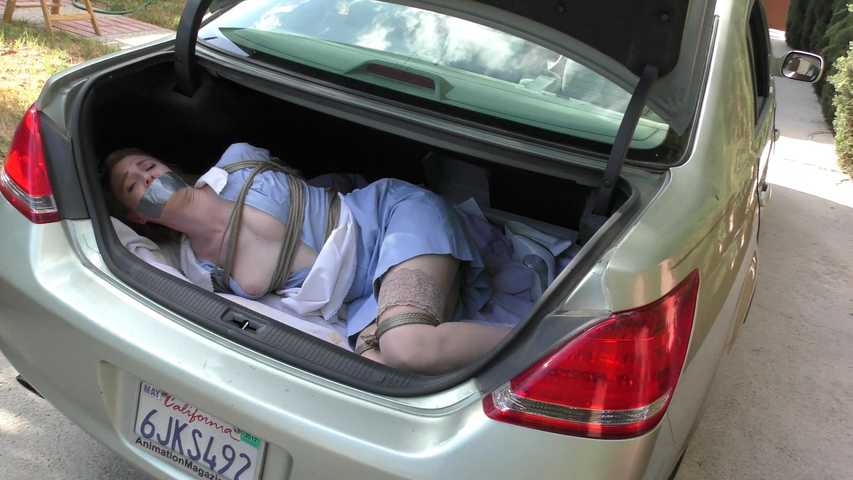 Hotel maid Ashley Lane is tied up in the car, but with her captor somewhere nearby, she doesn’t dare try to hop away. She mmphs through her tape-gag and struggles vigorously all over the back seat, then wriggles to the passenger seat, and eventually winds up squirming in the trunk. Her uniform comes open to expose her breasts, and she manages to lose her shoes before someone closes the trunk on her.