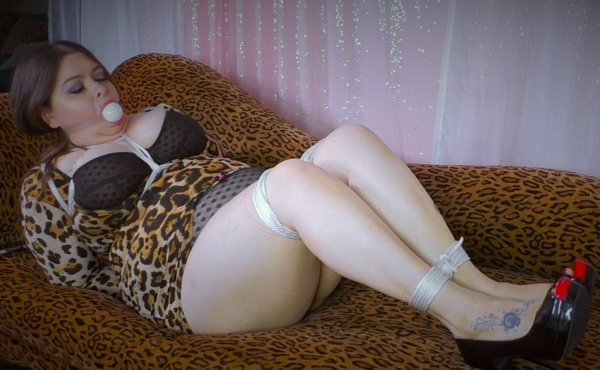 Nyxon had a mishap with her blender, and now it’s not working. She makes a call to the customer service line on the bottom of the product, and her call is answered by an extremely rude woman. Nyxon tries to explain her situation to the woman, but the woman (Sydney) keeps cutting her off & is less than helpful. Having had enough of this rude woman’s attitude, she Googles the address of the call center & heads down there to give Sydney a piece of her mind. When she arrives, she finds Sydney lounging on a chaise in front of a pink sparkly curtain. “What the hell is this?”, exclaims Nyxon. Sydney just rolls her eyes & goes back to looking at her nails. In an act of passion, Nyxon lunges at Sydney & clamps her hand over her mouth. Sydney struggles to get free, but soon goes limp on the couch. Nyxon runs out to her car to grab some supplies, and when Sydney finally wakes up, she finds herself tied up tightly with rope & Nyxon sitting next to her. Nyxon tells her that she needs to learn a lesson in customer service, and that she needs to control her mouth. She then stuffs a white ballgag into Sydney’s mouth, pulls it tight, and then leaves her to struggle. 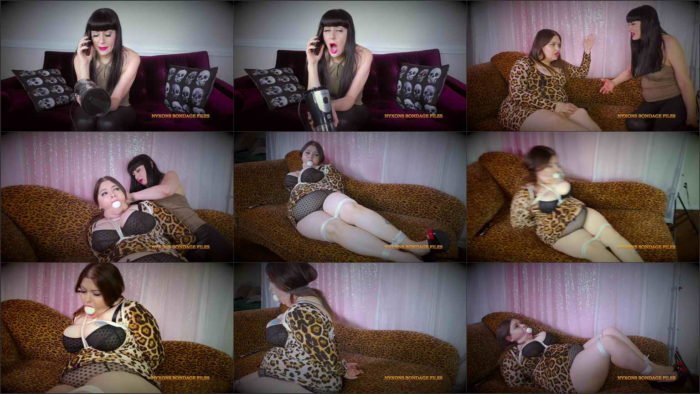