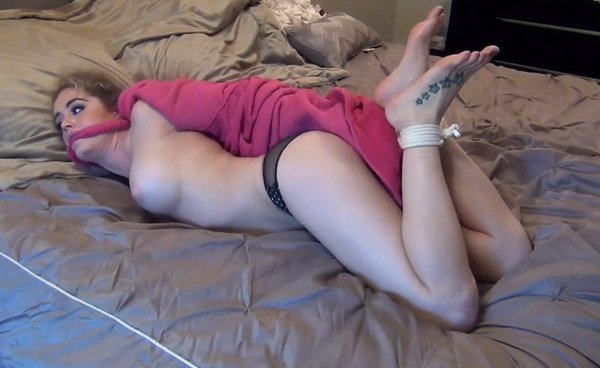 Nikkole’s home was in the process of being robbed as she was in her shower getting ready for her date. Too bad for her she got out earlier than expected as shes grabbed from behind in her pink bath robe and wrestled to the bed. Her hair a mess and nails only partly finished she is hand gagged then the belt from her rope used to cleave gag her. She spent most of her time on her make up little knowing she was getting prettied up for a long night of hard bondage. Ropes pull her into a hogtie as she whines and whimpers. Her bare feet clenching and working in the ankle ropes. The opened robe soon slides down to reveal her lovely breasts and nips during her struggle.