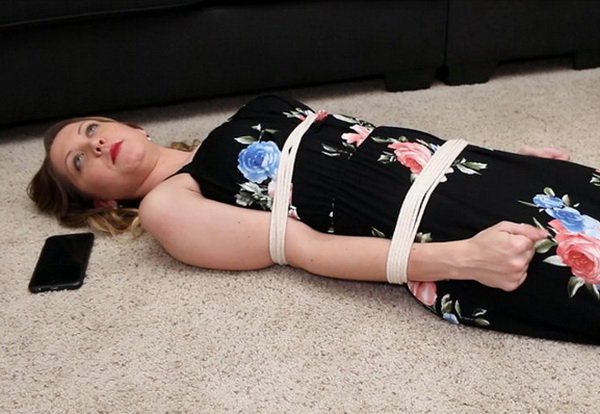 Chrissy is babysitting and is on the phone with her girlfriend while they are getting ready for bed. She tells her friend that they just finished watching an old movie where a woman was captured by robbers and tied to railroad tracks, and now they are trying to convince her to role play the scene out with her being tied up! She tell her friend she is just going to amuse them and play the game and then she will send them to bed and call her back… Chrissy Marie Made It Way Too Easy

Chrissy tied up struggle in socks