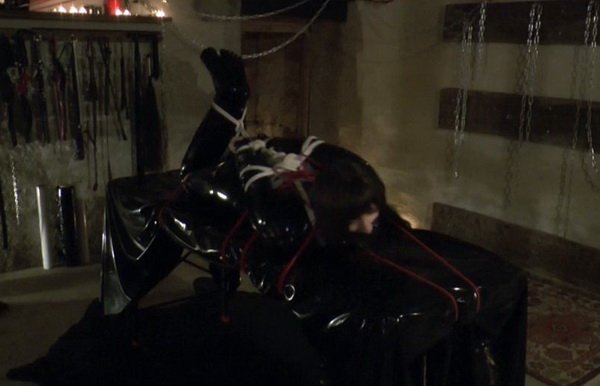 Aurelia has to endure a strict hogtie! She loves to fight against the ropes, to play with the pain and pleasure… as a true masochist, she loves to feel the ropes bite into her arms and legs and the tight leather gag inside her mouth. But as today she’s also tied to the massage table, she can’t as much wriggle around as usually… that annoys but also motivates her: the fight against the hurting ropes is a huge turn on for bondage loving Aurelia…