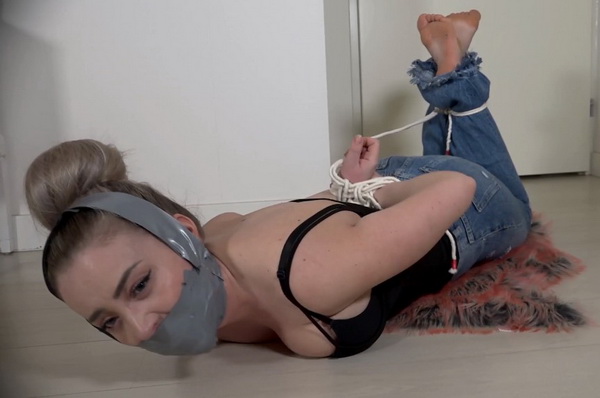 Aubrey starts with her wrists tied above her head with one piece of microfoam tape over her beautiful lips. She struggles to get the ropes loosened up to get out of this bondage position. But the ropes are too tight and all attempts are futile. The only thing she now can do is MMMMPPPHHH and struggle till she is released. Aubrey is released from her ties and has to remove the sticky microfoam tape herself. She has to stuff her own mouth with a yellow sponge. When the sponge is in her mouth she has to put a big piece of Tegaderm over her lips. She asks her captor if she has done it right. She continues by gag talking a lot for her captor. Before she knows she is hogtied by her captor with a double silver PVC Tape Gag. Aubrey struggles a lot in the tight hogtie MMMMPPHING a lot through the tight gag. The only thing she can do is struggle and squirm till she is released. Aubrey’s ties are taken off and she has to take the sticky double tape gag off.. 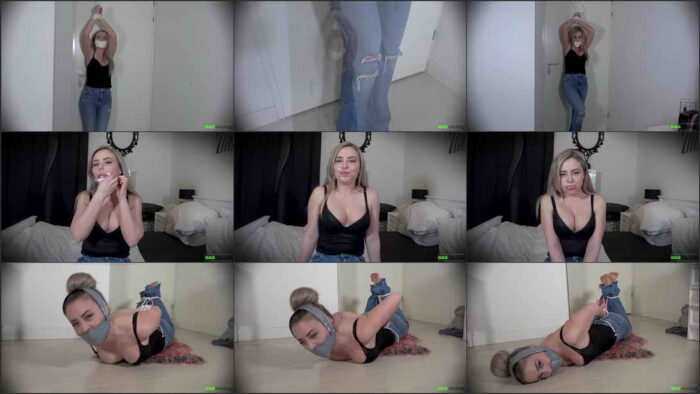 Rara – Catburglar Self Bondage and Self Gagged HD, gagattack