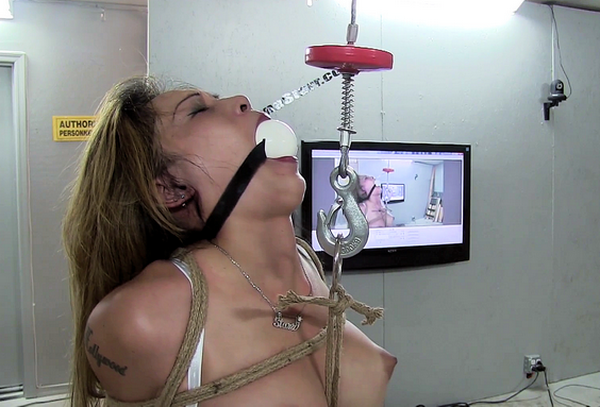 I know Martin ALWAYS ties me tight and there is NEVER a possibility that I would get out, but it almost felt as though he was roping me extra hard tonight. Not sure if it was because it was live show or because it was simply, getting back into his groove but I really suffered. …Or maybe it was the new outfit I bought. He used the biggest ball gag, my elbows were cinched super tight and especially the rope around my torso felt extra tight. Martin hoisted my crotch rope to the ceiling and lifted me high enough that I had to balance myself on one foot, pulled my head back and tied a pony tail to my elbows. I immediately knew the position was going to be hard for me because the rope around my waist was making it hard for me to breathe.