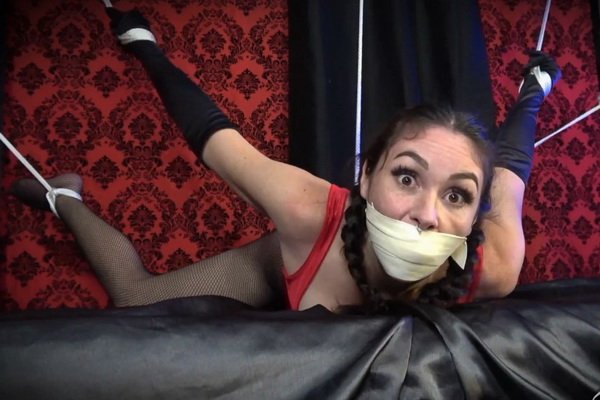 Sexy Ashley Wolf wakes her boyfriend up from his nap early. She is all dressed up in his favorite silky lingerie and fishnets and she wants him to play with her. “Come on sleepyhead! Get up and play with me!” She loves to be tied up tight, so after her first upright tie, he decides to give her another crotchrope predicament from another angle. First things first though.. He stuffs her mouth with two giant sponge balls and then wraps her face in microfoam tape to hold them in there securely. She can’t complain at all now.. He tells her to get onto her belly, where he ties her spread eagle to the bedposts. He pulls each limb nice and tight, and then ties the crotchrope up above as well! Now all of her weight that she can’t hold up on her own is tightening that pussy rope around her waist and digging deep into those satin panties. Ashley strains and struggles, her poor pussy taking the brunt of every move no matter how slight. “Well babe, you said you wanted to be played with today..” 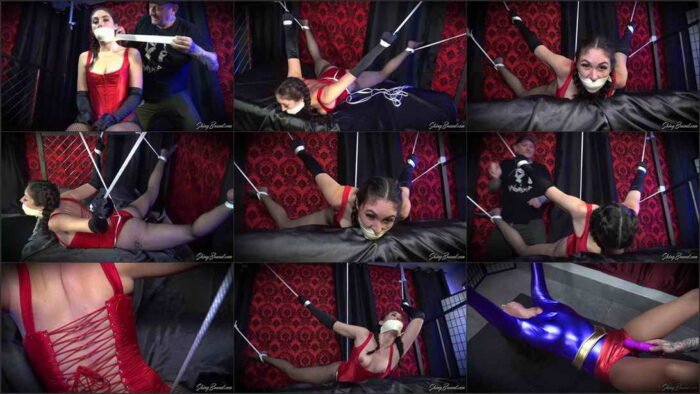 Nadia White in a Spreader Bar Hogtie.. Play With Me part 1 – ShinyBound