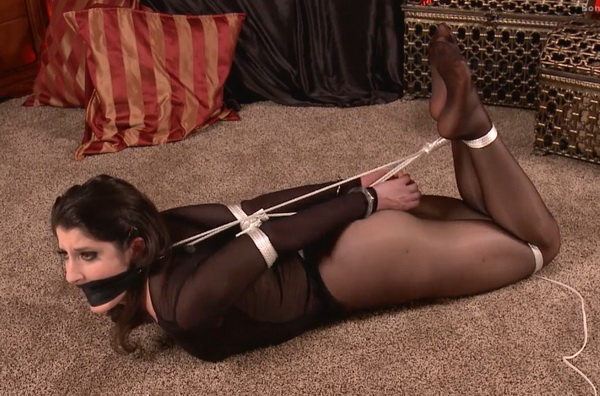 Arielle had come to have a weekend of fun. She had arrived the night before, awoken, showered, shaved her legs and then got made up. She had been told the night before to go and find something situable to wear. Situable for what? Well, with Arielle, that generally involved finding herself helpless. Any other details would be left up to someone else. She prefered it that way. Playing bondage games was not wholely new to her, but it wasn’t an everyday affair. She still got a tingle up her spine when the first ropes were pulled against her body.
Today was a bit different. Her partner was no where to be seen. She found some cool clothes in the wardrobe and put them on. She was unlike a lot of girls her age. She really liked wearing nylons. Her friends wouldn’t be caught dead in them, but she thought they were sexy, and she knew that the person who would eventually arrive certainly had a taste for them. Time past. Eventually, Arielle decided that she would get a head start on her weekend away. She pulled out some lengths of rope, a pair of handcuffs, and her favorite type of gag. A nice big ball gag with a panel that would make sure she couldn’t be understood.
Arielle liked gags more than she liked the nylons. She tied a knot in a length of rope and then used it as a crotchrope. Making sure to tie it in front. Then came her ankles and knees and then the gag. The final act was the handcuffs. She put a wrist in and closed the cuff tightly around her wrist. Then she fed the free end under her crotchrope behind her and cuffed her other wrist in place. Now all she had to do was wait. Wait and struggle. She hoped the wait wouldn’t be too horribly long, but she really didn’t have a choice now – and wouldn’t for the rest of the weekend. 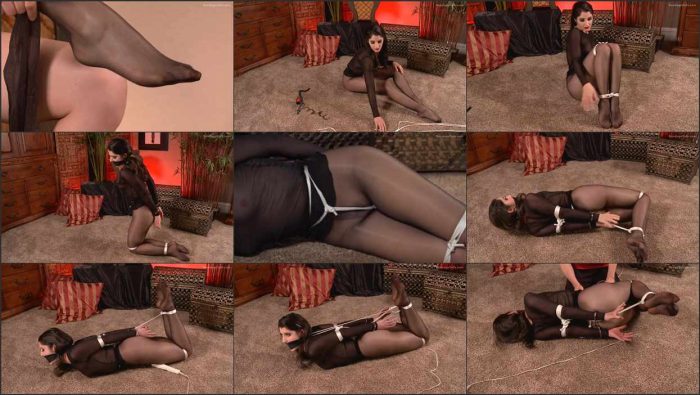