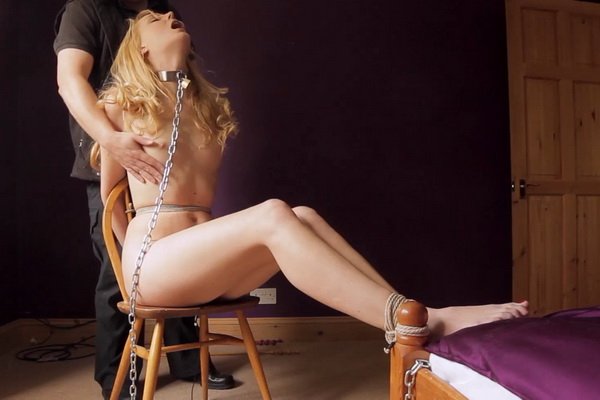 This video, the concluding part of this short series, is a bit of a departure for us, because we’ve not shot much in the way of electric shock play before. Hywel’s had the E-Stim machine for ages, but it’s not terribly visually imposing, which is a shame because it can be mind-blowingly painful and I wish it had looks to match. Broadly speaking the BDSM equipment that bondage producers favour most is the stuff that looks worse than it feels. But this feels far worse than it looks, which had made us tend to avoid using it.
But for the conclusion of this storyline I really wanted something that was frightening/painful enough to get a genuine reaction of fear and pain from me. And this was the right thing to do it. I’ll allow you to make your own mind up about where the electrodes were actually placed though. 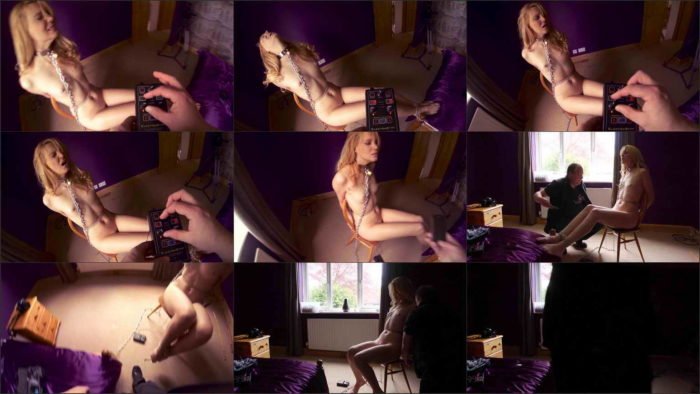