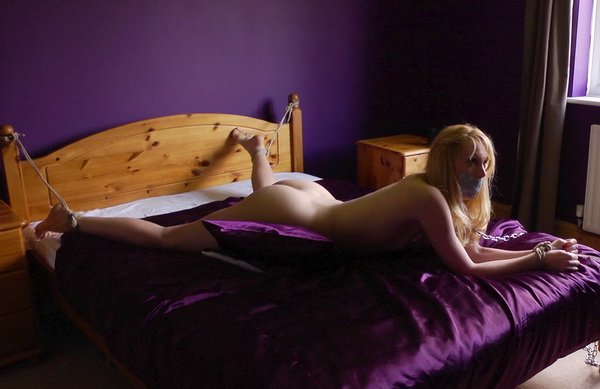 Well, it’s never easy to shoot something ‘a little bit like what you shot before’ because sequels hardly ever work out as well as the original. So we had to put the project on hold until one of us came up with something we had a real urge to do. Fortunately, earlier this year, the idea of this fantasy came into my head, and I immediately became very keen indeed to shoot it. I know that Hywel’s already introduced Part One, and Part Two probably doesn’t need much in the way of explanation, so I’ll just say that I enjoyed it immensely, especially because it involved the use of 3 canes I bought Hywel as an engagement present a couple of years ago, but which we’ve not really used much up until now. So it was quite an experiment – they were more severe than I’d expected! I really hope that you enjoy it as much as we enjoyed shooting it, and I hope that you’ll look forward to Part Three, where we got more, errr, experimental 😉