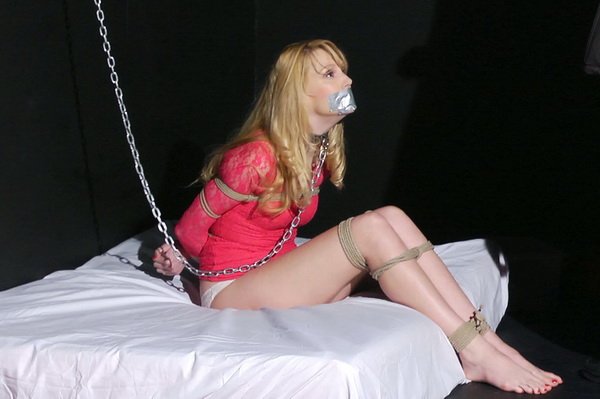 Mr. Jones has a very lovely, leggy wife. But he doesn’t seem to pay much attention to her. Not even when she is kidnapped off the street and held for ransom. He seems to be unmoved by the kidnapper’s demands for money for her safe return. An hour passes, two. The kidnapper sends a video to show that he is serious. One million pounds, or he starts to get rough. After all, with such a pretty package, he might not be able to contain his urges forever! Poor Mrs. Jones is kept in a dungeon chained to the wall, mouth packed and tape gagged, tied and helpless as he slowly cuts off her clothes…
This is the first of three parts of this intense storyline- we hope you like it! It’s also our sequel of sorts to our classic films “Long Term Bondage” and “Bondage Driving Test” (although you might have to wait until part three to find out exactly why this full-on kidnap video counts as a sequel to those stories… 🙂 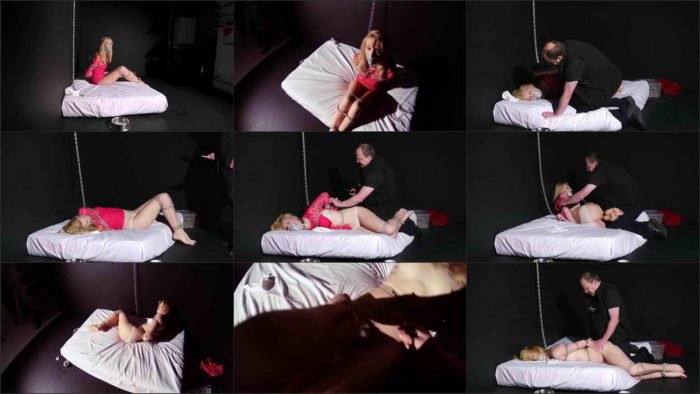