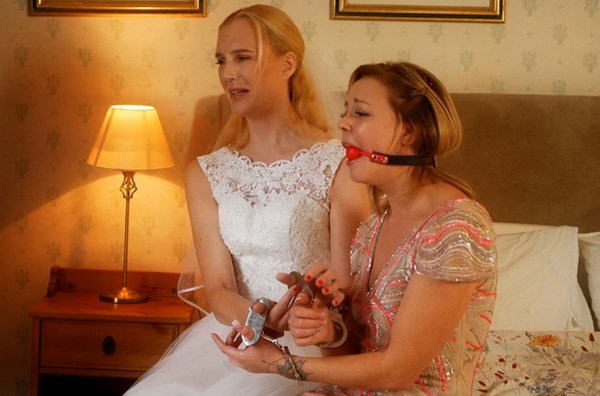 Ariel and Lucy Lauren have both got their wedding in the same hotel on the same day… and both have demanded that poor Zoe be their maid of honour! Both are total bridezillas and keep piling more and more demands on Zoe until she finally cracks! She totally loses it and decides that the only way to stop both of them guilt tripping her is to make them spend some more time together complaining at each other. If we were just all handcuffed together, for example…. If the two of them don’t sort this out between the two of them there will be no wedding for either of them, and she will take them down to face their 400 friends gathered downstairs. And Zoe suddenly reveals that she doesn’t even have the key- their prospective husbands have got the keys, and they are both quite tempted to run off with Zoe because Ariel and Lucy have been so spectacularly horrible! But the two brides are utterly unrepentant, and the only thing to do is to gag, thumbcuff and confine the two girls… while Zoe has her pick of jilted bridegrooms to pick from down in the wedding! 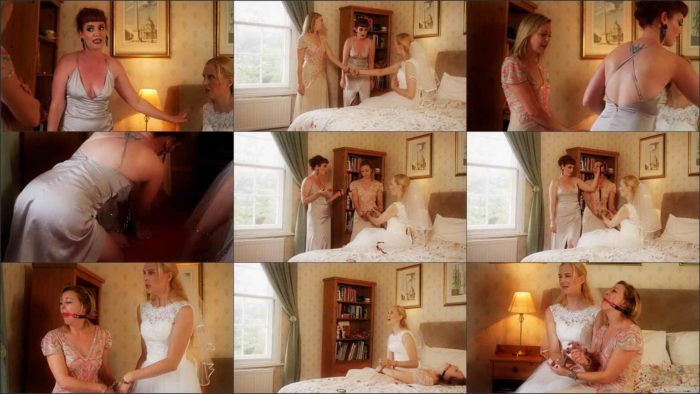