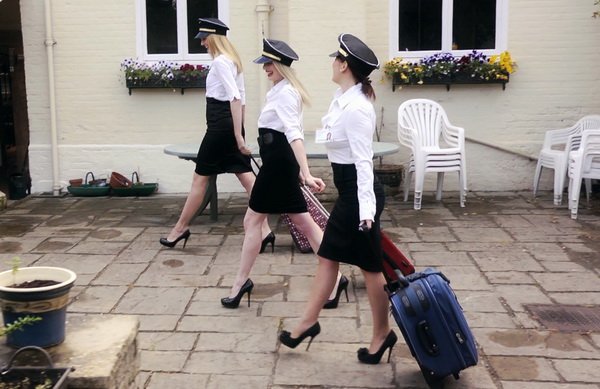 Air hostesses Ariel Anderssen, Janey and Katy Cee have just got off a long-haul flight. The company are putting them up in a lovely country house, and they’ve got almost sixteen hours before they need to be back at Heathrow. Unfortunately, there’s a shady character lying in wait for them at the house- he needs their ID badges and their uniforms to pull off some sort of dodgy heist at the airport tonight!
Ariel is the first to be captured. She wanders around the big house searching for the kitchen to make tea… and is surprised by the gangster! At gunpoint he forces her to strip, put a tape gag on her own mouth, then he handcuffs her and drags her off.
Katy and Janey are wondering where Ariel has got to, so Katy goes off to see if she can find her. Unfortunately she finds the kidnapper instead and he forces her to strip and gag herself to Ariel… leaving just Janey to capture! 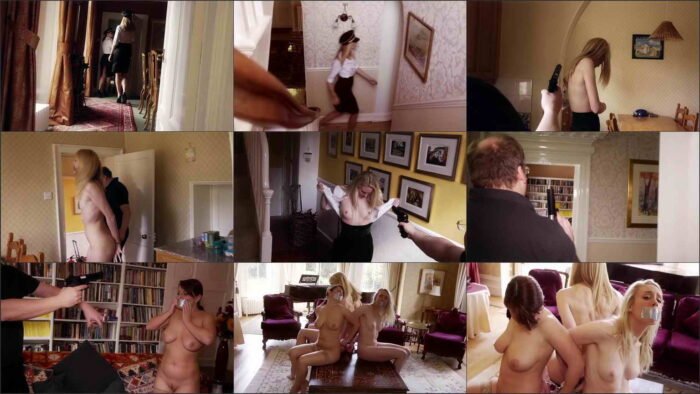