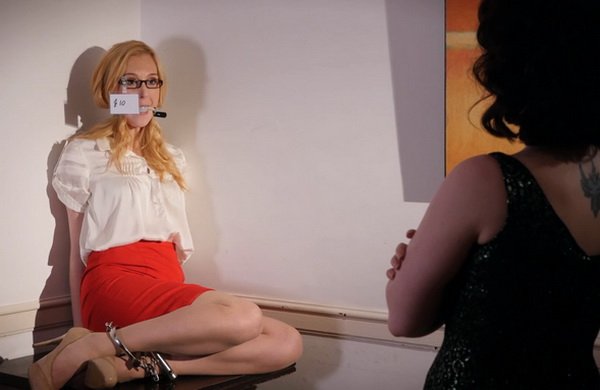 To honour the weekend of the 2016 British Fetish Film Festival here is the film we shot collaboratively at last year’s festival! Ariel and I had come up with the character of Harissa Soup after reading a particularly miserable “healthy” cook book. There was a recipe for harissa soup which consisted literally of hot water with a tiny bit of harissa paste. We could not imagine a more miserable meal, and the name suggested a sort of sour, astringent character: holier-than-thou and utterly joyless. We’d got “Harissa Soup” in our back pocket as a character just waiting for the right video. The story for the film came out of looking around at the room we held the festival in. There were a couple of pictures on the wall, and we thought we could make the space pass as an art gallery. Someone suggested we could have a mean art critic, tied up by the poor artist who was getting savaged in print. Zoe seemed like a natural as the poor artist, and Ariel was keen to let Harissa Soup out of the gate for her first outing. This is what we came up with! 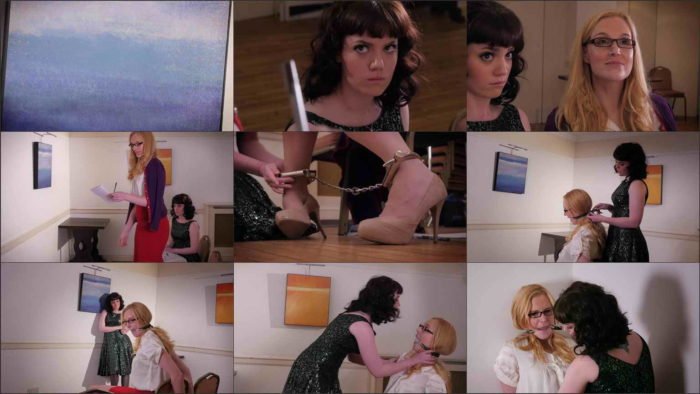