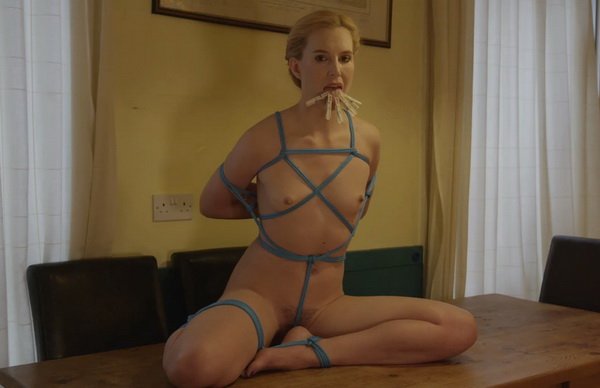 While Restrained Elegance’s birthday cake was baking in the oven, we had time for Kate to return the favour to Ariel, tying her up whilst interviewing her about what it has been like being involved with Restrained Elegance and working as a bondage and fetish model. Kate decided on an asymmetric rope tie based around a neat, minimal hammerlock. When the tie was done it was time to shoot our short music video section of Ariel enjoying the ropes… but we still had a few minutes before the cake was due to come out of the oven. And Ariel had foolishly confided that one of her unfulfilled fantasies was having clothes pegs put on her tongue to act as a combined punishment and gag. And she HAD managed to spray egg white around the kitchen, so it seemed too good an opportunity to miss! 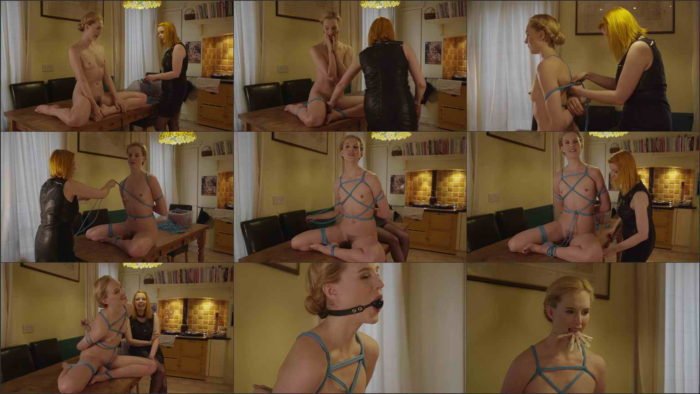