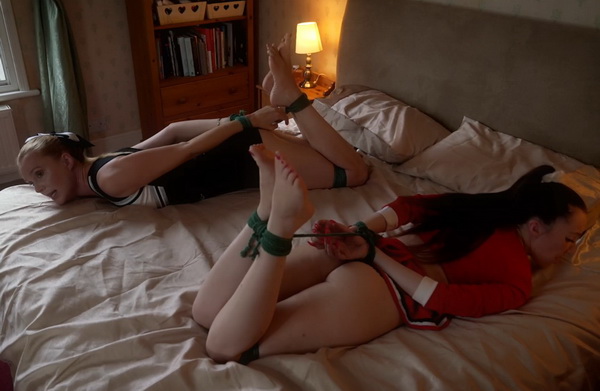 Ariel and Sophia are the bitchiest girls on the cheerleading team. They never had a good way to say about any of the other girls (and behind each other’s back, they have nothing but venom for each other, too). Now the cheer team has had enough of them and decide to teach them a lesson! Veronica and Jean confront the girls in their dorm and tie them up as a punishment.
They tie the two girls up in the college dorm in tight rope hogties. Ariel and Sophia claim that as “actual athletes” they will be able to get right out of the ropes – but their boasts are hollow! No matter how much they struggle and plead they are not getting out. Veronica and Jean have had enough of their bad mouthing them so decide to leave the two with their mouths filled with unforgivably big ballgags! All they can do is struggle on the bed, barefoot in their cheerleader uniforms… and no-one is going to take pity on these bitchy cheerleaders, they are going to be tied up until the whole squad thinks they have got what they deserve! 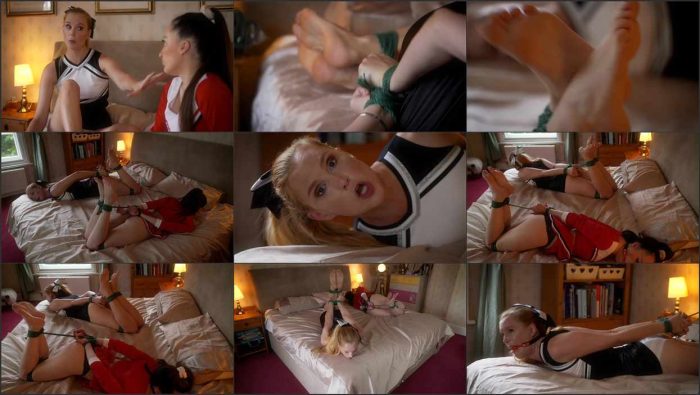