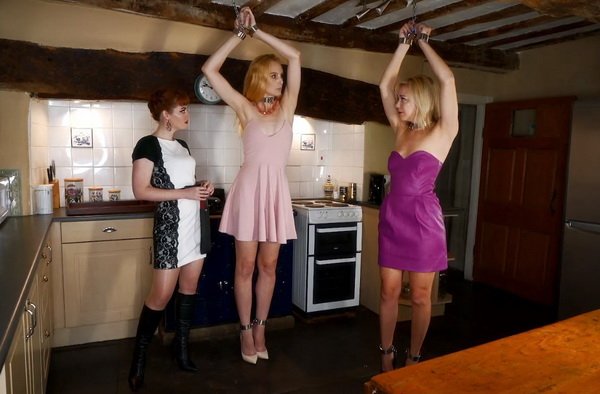 Ariel Anderssen and Lucy Lauren have sold themselves into slavery, hoping for a romantic sexy BDSM adventure with a handsome male dom! But the girls have been bought by strict Mistress Zoe, who has an entirely uncompromising and unromantic attitue to her slaves- they are hers, for sex and pain and punishment, and their notions of soft love bondage soon evaporate as Zoe informs them of their fate! Strung up to the ceiling by chains and metal cuffs and collar, Zoe begins with an inspection, humiliating and baring the girls beautiful bodies. She orders them to keep their eyes down, and stop talking. They are slaves. There are rules. Breaking the rules has consequences. And it is time to demonstrate those consequences. She pinches and pulls on Lucy’s nipples, then reaches for the strap- both girls and going to get a very hard introductory spanking that will make their lovely bottoms glow bright red! Throughout Zoe dominates her slaves and humiliates them in between the harsh punishments! 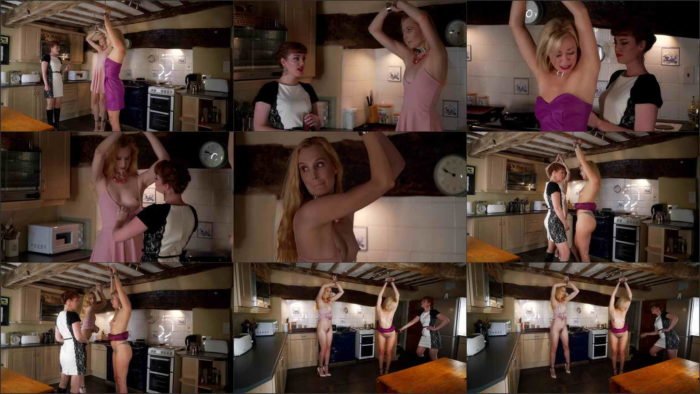