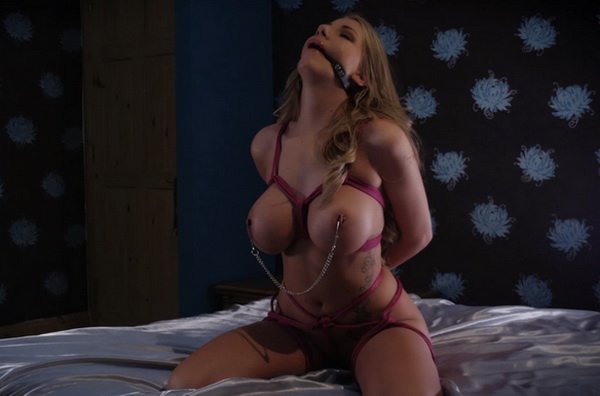 Danielle is tied in her hotel room, she’s naked, and rolling around clearly enjoying the bondage. But then- oh no! There’s a knock at the door. Disaster- she forgot to put the do not disturb sign up, and there’s no way she’ll be able to get to the door in time because she’s tied up! The maid discovers her! Danielle, who was deep in erotic enjoyment of her bondage predicament, is mortified. Surely the maid will sense her helpless arousal?
But the maid has seen it all before. There’s even a note on the bedside table instructing the maid to make the predicament worse, because Danielle’s owner had planned on this happening! 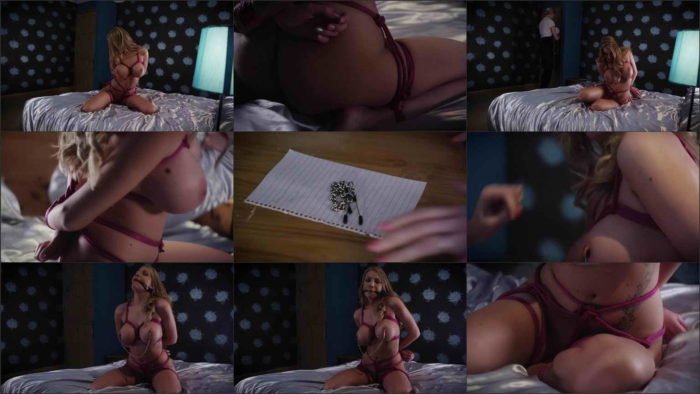