Home » General » Ariel Anderssen An Insult To The Sultan 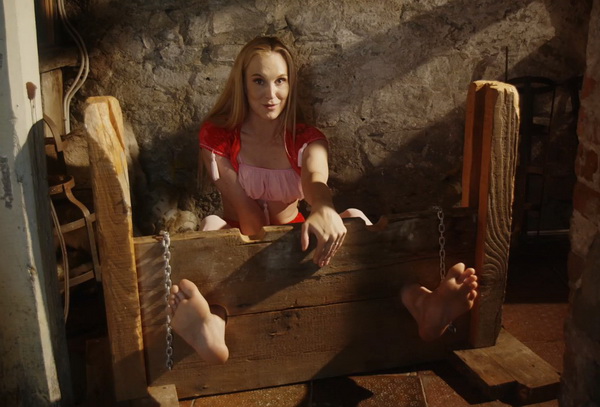 Ariel Anderssen An Insult To The Sultan – Sexy blonde harem girl Ariel Anderssen is dancing for the sultan in the gardens of the harem. The only problem is- she hasn’t really be practicing enough! Although the sultan has a foot fetish and loves Ariel’s high arches, he has a discerning eye, and there is no way he is going to allow her to insult him with lazy, sub-standard dancing. He orders the guards to haul her off to the dungeons! They lock her in the waiting stocks, while the sultan contemplates what her fate should be… It’s quite boring in the dungeon. Locked in the stocks, her bare soles on display, Ariel is left to that very worst of punishments- boredom and neglect! She starts to fantasise about the sultan coming down to the dungeons himself. What would happen if he saw her here, locked in the stocks, unable to move or resist? What terrible things would he do to her? And how would he amuse himself with her afterwards? Will it be a flogging? Or some other more inventive punishment? 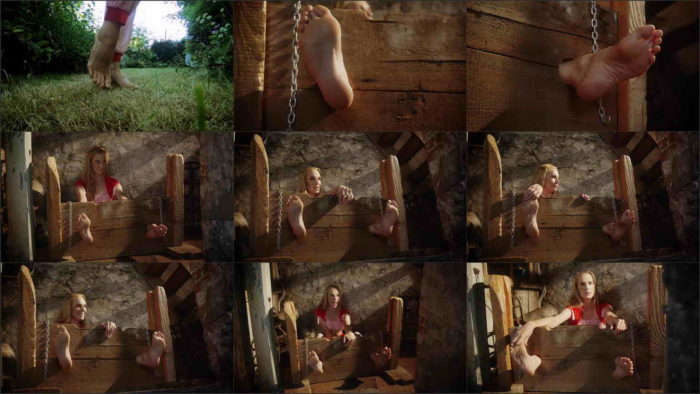 Penny Lee and Ariel Anderssen – Business Girls Back To Back, restrainedelegance

The Adventures of Sapphire Peel – The Bear Cult, Restrainedelegance

Ariel Anderssen does rope: self bondage by a beautiful rigger!