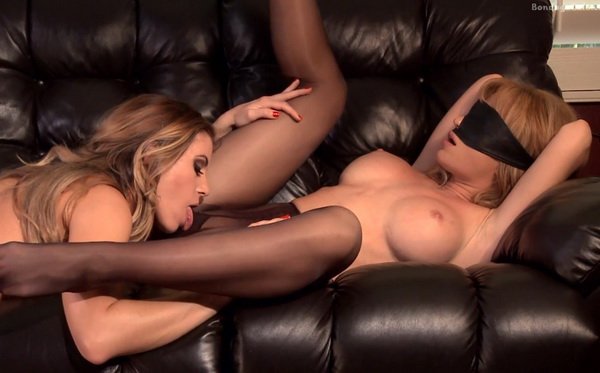 In the 2nd chapter in the sizzling series, “Curious Obsession 2”, As much fun as they are, Randy decides that her bondage games would be even better if she had someone else to play with. She asks her friend Angela to go shopping and when they return home, Randy gently rubs Angela’s pantyhose feet, which quickly develops into a full-on foot fetish romp. Randy sucks and licks Angela’s feet and legs. Once she has Angela completely turned on, she gives her a little gift. Inside is a blindfold and a length of rope. Before Angela can say anything, Randy blindfolds her and has her pull her dress off. Randy ties Angela’s hands in front of her and sucks on her pantyhose encased pussy. Angela’s excitement only grows as Randy pulls out a vibrator and brings her to orgasm – multiple times. Once Angela is spent, Randy removes her blindfold, gives her a long kiss and invites her to stay the weekend. Angela looks at her bound hands and smiles, “How could I refuse?” 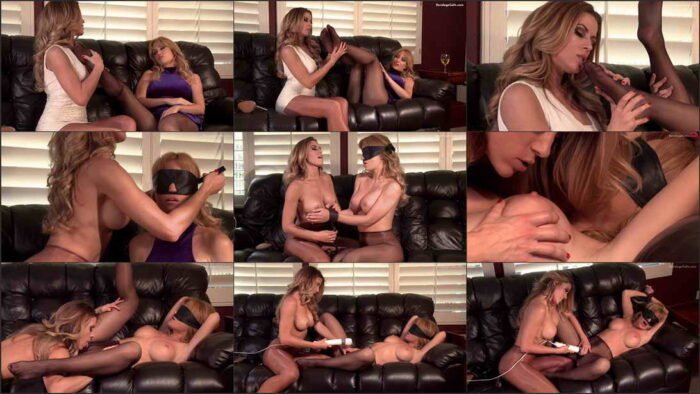