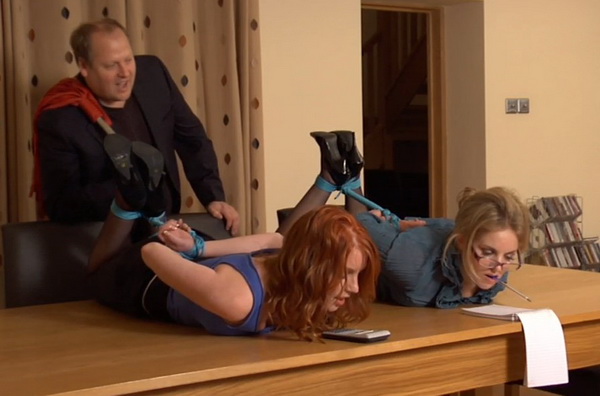 Amy Hunter and Fi Stevens – The Sales Figures. Supposedly, Fi is a financial wizz, and P.A. Amy came with the highest praise from her previous employer. But getting them to knuckle down and get the work done rather than making off-colour comments about every man in the office seems to be more or less impossible. Maybe putting them both in a strict hogtie and leaving them there until the work is done might focus their attention somewhat? 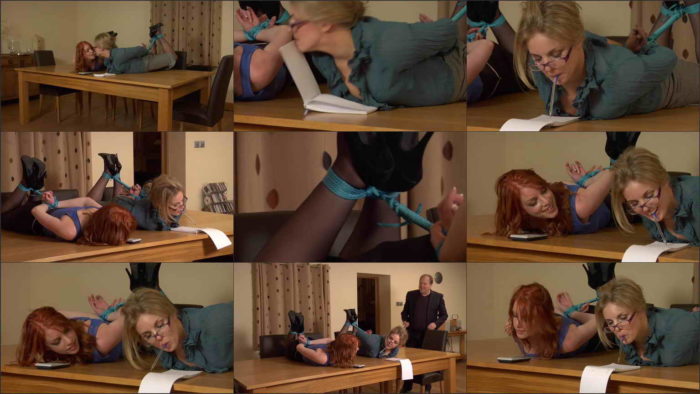 Janey Restrainedelegance – The Pleasure of Bondage

Nicky Phillips bondage for rest and relaxation… and release!

I Spy With My Little Eye… Something Beginning With Anita deBauch

Janey Restrainedelegance – Tie Me To The Beat