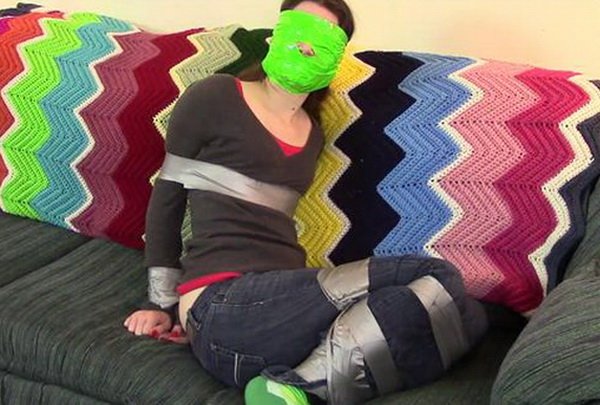 People like their tape and jeans. It’s a pairing that doesn’t seem like a natural one, but more one that was a surprised hit. Maybe it’s the fact that unlike so many other niche kinks, it’s one that’s easily attainable. There’s nothing elaborate needed. You can get things like this anywhere. Except the green tape! That’s trickier to find. It still didn’t stop me from wrapping a liberal amount around Ambrosia’s head. Had to be green to match her socks of course. Her feet where really the only thing she could effectively move, for all the good it did her. Bound and Gagged Karma Getting to Know You

Asiana Starr Yearning to be Gagged and Tied