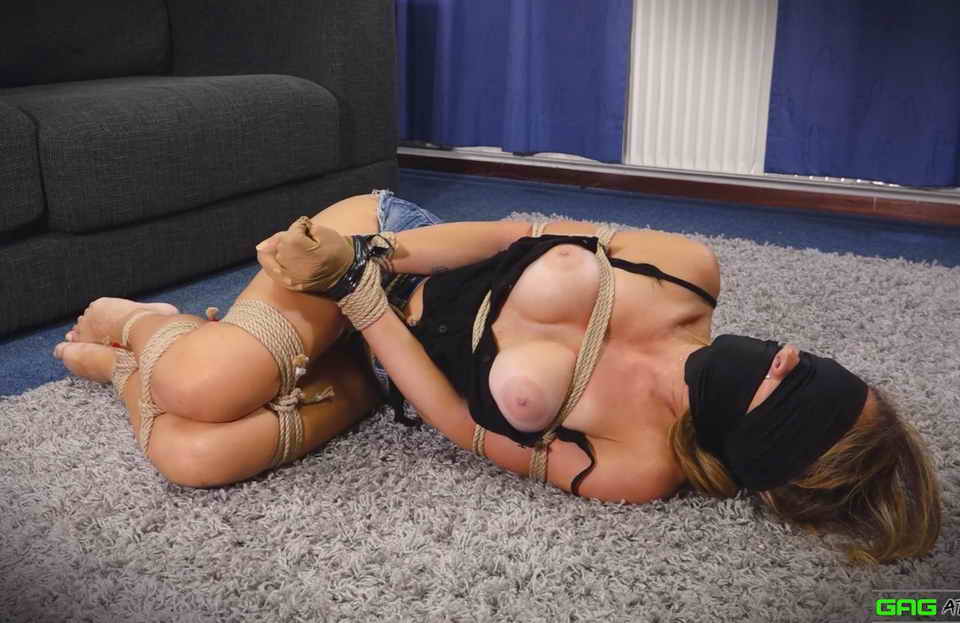 Alba is a GND that wants to sleep a bit on her sofa not knowing somebody entered her home. When she wakes up she is fully tied. She struggles a bit in her ropes before her captor reveals himself to her. Alba’s mouth gets stuffed and there is a tight duct tape applied Alba protests and MMMMPPPPPHHSS a lot through her tight stuffed gag. Her gag is replaces for a Tegaderm tape gag stuffed with a black sponge. Alba tries to escape her bondage but the ropes are secured to tight. She gag talks a lot while giving you DID looks. There is a second layer added to Alba’s gag. Narrow black PVC tape is wrapped around her head as a tight wrap around gag. Alba tries to speak through the gag but all that is coming out of her mouth is muffled gag talk. Now that her captor has everything he needs he lays Alba on the and adds a pantyhose around her hands to make sure she won’t escape. He adds a OTM gag and a blindfold to make sure she don’t know where to escape to. He attaches a rope from her ankles to her crotch rope to immobilize her fully before leaving her alone. She struggles around on the floor while mmmmmppphing trough her gag. Will someone rescue her?? 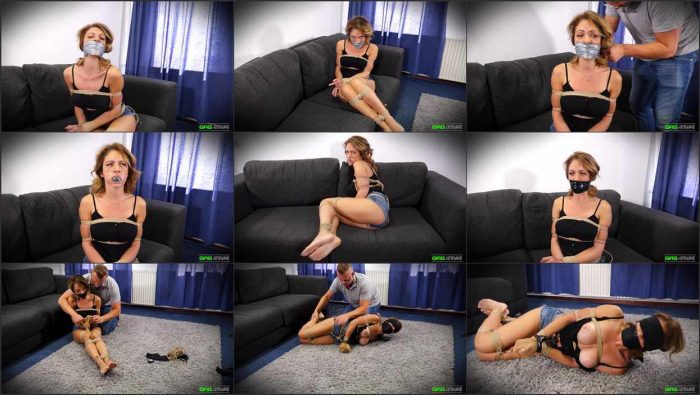 Joyful Girl – Don’t you want to tie up and gag your full figured neighbor! gndbondage