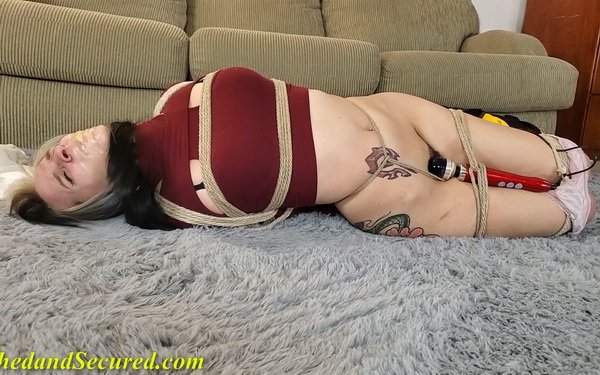 Rosie had always had a secret fantasy about being bound and gagged, but how would she ever explore it? Fortunately for her, she heard of a mysterious man in her neighborhood who just might be willing to help her with her fantasy. Nervously, she explained why she had come to see him, and how she had told no one of her plans for fear she’d be made to feel like a bad girl or be talked out of the visit. The man seemed to understand, and he tied the petite beauty tightly, filling her mouth with a tightly strapped ball gag. He left her that way for hours, struggling and mewling into her gag. When the man finally returned and popped the ball from her mouth, Rosie begged to be untied. She had decided the fantasy was not one she wanted to continue. Unfortunately, the man had other plans for her! Knowing that no one knew where she was and knowing she was utterly helpless and would not be missed, he decided to turn her fantasy into her unending reality! He stuffed her mouth with an old rag and wound clear tape around her head, trapping her protests once and for all! She shivered and trembled, mewling in fear as he slowly pulled her skirt and panties from her body, and she sobbed in shame and terror as he hogtied her, strapping a powerful vibrator between her legs as he did so! She was now utterly helpless, and as the man turned the toy on, she began to quake as her body sped off toward an unwanted and unwelcome orgasm! Knowing the man was watching only fueled her lust, and she came again and again, well aware that whatever else lay in store for her, she was in for an unimaginable captivity! 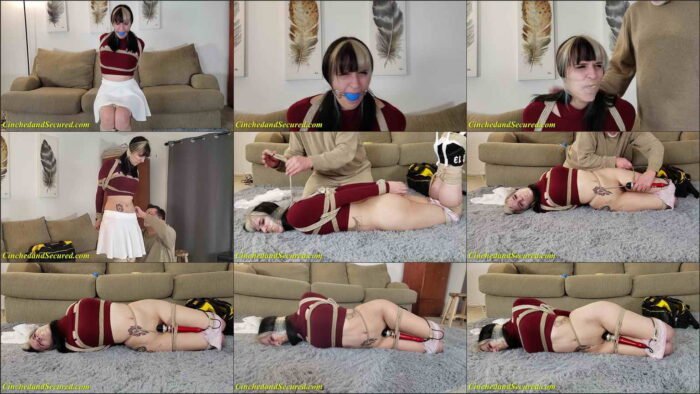