Home » Bondage M/F » 2 Girls Tied, Womens Convention Ladies Got More than they Signed Up For 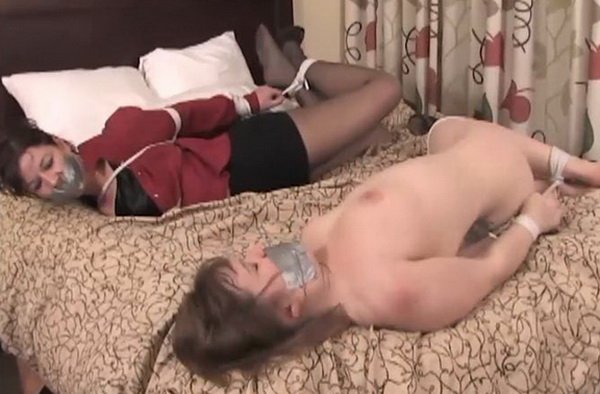 Two women (Erica Cain & JJ Plush 2008) enter their hotel room and one goes to take a shower. A man (Steve Villa) knocks on the door saying he was room service and bring some towels but he barges in and uses a weapon to threaten one of them, bringing her to her knees where he ties her up and gags her. He brings her over to the bed and ties up her elbows and hogties her. A few minutes later her lady friend comes out in a towel and runs over to her to untie her. Of course the man pounces on her and ties her up and gags her in the nude. The two women are left hogtied and helpless on the bed when he grabs their belongings and leaves.