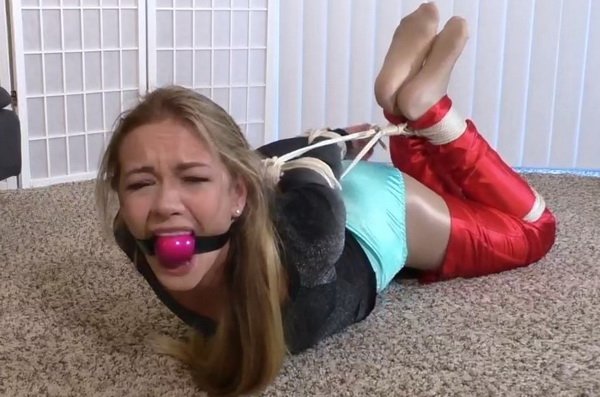 Bratty Naomi is stuck at home babysitting her even brattier brother (POV), when he bothers her about playing some sort of game. Annoyed, Naomi tells him to go play outside, but her brother is pretty insistent. He waves a piece of rope in front of Naomi, and tells her that he found it in mommy & daddy’s “special closet”. Naomi scolds him for nosing around in places that he’s not supposed to be in, but relents to playing a quick game of cops & robbers. Her brother ties a piece of rope around Naomi’s thighs (off screen) & Naomi tells him that that’s enough, and to go ahead & play outside. Both bratty & stubborn, her brother insists on adding another rope to the mix. Naomi tells him that he can add one more rope, but then he has to leave her alone. He adds one more rope to her ankles, and is instantly begging for more. Naomi tells him to get lost, but her brother overpowers her (off screen), and when we come back, we see a very angry Naomi with ropes around her ankles, thighs, elbows & wrists. She screams angrily at her brother to let her go & she furiously struggles around on the couch. She makes her down to the floor, and once she’s there, her brother decides to add more rope & a gag (off screen). Now, arched up into a tight hogtie with a ballgag secured tightly in her mouth, Naomi is very, very angry at her brother. She screams & curses at him through her ballgag as she struggles around on the floor trying to free herself from the ropes. 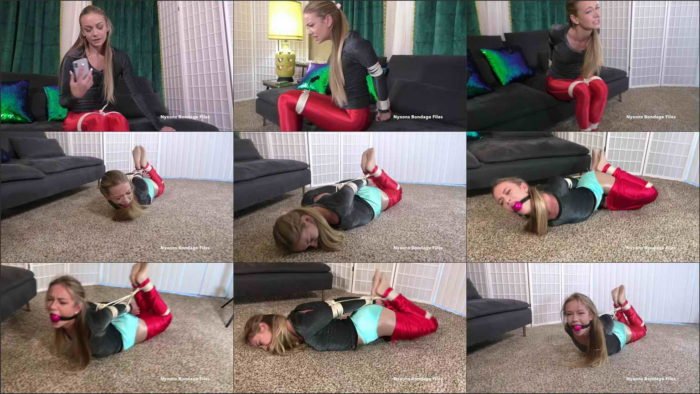 Luna Dawn Rope Bondage… Won’t You Be My Neighbor